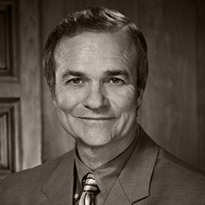 Jeff started in the insurance business in 1982 as a licensed insurance agent with the Sturdivant Agency, Vice President 1982-2000. Merged to form Thomason, Tyler & Lynch as partner 2000-2014,then in June of 2014 joined Rich &Cartmill. Jeff is a member of the Independent Insurance Agents of Oklahoma and Independent Insurance Agents of Greater Tulsa, where he has served as president. He received his CIC designation in 1986. He is member of Networking Exchange of Tulsa where he has served as  Vice President and Secretary. Jeff specializes in commercial and personal insurance finding the best coverage for his customer’s needs. Jeff attends Owasso Assembly of God where he serves on the mission board and participates in the orchestra. He has done volunteer work at John 3:16, and has served on mission trips in Africa and Brazil. His leisure time interests are family time,biking,racquetball,tennis, skiing and many other outdoor activities. Jeff is married to Donna and they have three grown children Ryan, Benjamin, and Breanne.