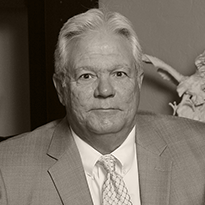 Kyle graduated from East Central University   (BS) in 1982.   Upon graduation he went to work with his father, Bill, and brother, Kent,  at Bradford Insurance Agency in Oklahoma City .   He specialized in commercial insurance sales.   The agency became Bradford-Irwin in 1986 when Bob Irwin joined the agency.    Eventually Bill and Bob both retired and Kyle and Kent continued to run Bradford-Irwin Insurance Agency.    Kyle and Kent merged Bradford-Irwin into Rich & Cartmill in January 2012.  Kyle still specializes in commercial insurance sales.    He and wife, Tammi, have been married since 1983.   They have two sons, Zachary and Riley.   Tammi is employed at Chesapeake Energy Corp.