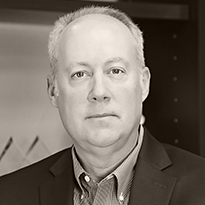 Mark Nowell is a 1986 graduate of the University of Oklahoma.  Mark began his career as a Farmers Insurance Agent is 1996 and remained there until 2002 when he joined Rich & Cartmill. Mark specializes in the construction industry and has actively served on boards and committee’s with the American Subcontractor Association of Oklahoma where he was a recent Presidents Award recipient and on the membership committee with the Associated Builders and Contractors of Oklahoma.  He is also a member of the Oklahoma Surety Association, Oklahoma Municipal Contractors Association, and the Association of General Contractors.   Mark has been Married to Lisa since 1996 and they have two daughters, Blythe and Jentry, who both attend school in the Deer Creek area where they reside. The Nowell family are members of Crossing Community Church in Oklahoma City.