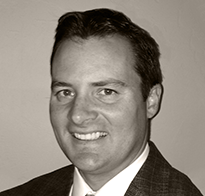 Phillip has been in the insurance industry since 2010. He worked exclusively for Federated Insurance until joining Rich & Cartmill as a producer in 2016. He became a shareholder in 2021.

After graduating with an economics degree from the University of Oklahoma in 2008, Phillip was an assistant golf coach for the University of Oklahoma and Louisville. Soon after, he began an 11 month long insurance training program in Owatonna, MN. It was there he became an insurance specialist for commercial needs. During his tenure at Federated Insurance, Phillip won many awards as a producer. He won the Big Hitter four times, Chairman’s Council four times, four life and disability contests, four Monthly Leadership awards, and was named a top 12 national producer in 2015.

Phillip now manages over $6 million in annual premium that covers:

Phillip and wife Gina have two children. They currently live in Mustang.