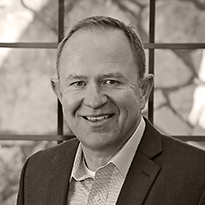 Travis Brown, President of Rich & Cartmill, is a 1985 graduate of Southwestern Oklahoma State University.  He began his insurance career in 1988 as a Bond Underwriter for USF&G Insurance Company in Oklahoma City.  In 1994 he was named Bond Manager for the state of Oklahoma for USF&G.  In 1996 he then joined a large national brokerage firm specializing  in providing  bonds and risk management/insurance advice for the construction industry.  Travis joined Rich & Cartmill in 2006 and became a Partner/Shareholder in 2009.  He has been active in the insurance industry serving on various boards and committees.  These include President of the Surety Underwriters Association of OK, Young Agents Executive Board, Independent Agents of OKC Board and the Compsource Oklahoma Agent Advisory Board.  In 2017, Travis was selected as the Agent of the Year by the Independent Insurance Agents of Oklahoma.  Travis is also active in various construction trade associations, including the Association of General Contractors(AGC), Oklahoma Municipal Contractors Association(OMCA), American Subcontractors Association(ASA), Associated Builders and Contractors(ABC) and others.  He currently serves on the OMCA Board of Directors.