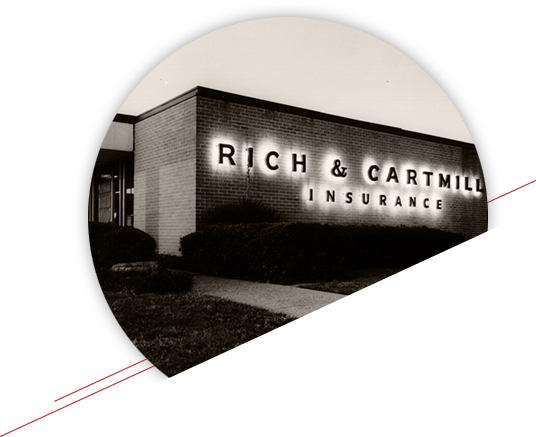 Tom serves as a Commercial Insurance & Bond Broker.  A Trusted Choice Advisor, he is eager to help your business succeed.  As a former, longtime business owner/operator, Tom knows the unique exposures companies face every day.  He separates himself from other agents by providing significant savings to his clients, while adding value through superior product […]

Derek Fine joined Rich & Cartmil, Inc. in 2016 as a commercial insurance and bond agent. Derek has been in the insurance and finance industry since 2013 and began his insurance career at Federated Insurance. His prior insurance experience included specialization in the construction and manufacturing industry. Derek graduated from The University of Kansas in […]

Thomas Perrault, AFSB, CIC is a property/casualty insurance and bonding agent at Rich & Cartmill, specializing in the area of commercial construction and commercial surety bonds.     He previously served as an Athletic Director at Cascia Hall Preparatory School in Tulsa for more than eleven years. Thomas holds both a bachelors’ and masters’ degree from […]

Mike joined Rich & Cartmill in July of 2017. A native of Wichita Kansas, Mike is a graduate of Kansas State University with a BS degree in Business. Mike spent his first 12 years with various National Brokerage Firms in CO, OK and TX before becoming an Independent Agent in 1997 with a Tulsa agency. […]

Bill joined Rich & Cartmill, Inc. as an associate agent in July 2017. He started his insurance career in 1976 with a local agency in Tulsa, OK as claims manager.   After the agency was sold to Fred S James, Inc. a National Insurance Brokerage firm in 1980, he went into the sales department. He excelled […]

Nick is a graduate of the Oklahoma State University class of 2002, having earned his Bachelors of Science in Business with double majors in Management and Information Technology. Upon graduation, he excelled as an IT Specialist for Sprint Communications. In 2004, Nick began his insurance career as a Claims Adjuster for Progressive Auto Insurance. By […]

Robert W. (Bob) Karlovich has over 46 years experience in the sales and marketing of commercial and personal lines insurance. His specific areas of expertise are energy, construction and transportation risks. Bob is highly skilled in assessing his client’s insurance needs and offering coverage solutions. Bob prides himself in providing unparalleled customer service. Bob is […]

Bailey Word merged his two businesses with Rich & Cartmill, Inc. in 1991, and was named as a Vice President and stockholder in 1993. He was named president,  January 2005  and served through January, 2008. Prior to the merger, he was president of Kramer-Word and Associates, Inc. in Tulsa from 1980, and Broadway Insurance Agency, […]

Brad Warwick joined Rich and Cartmill, Inc. as an agent in February of 2006. Prior to joining Rich & Cartmill, Brad was a Loss Control Representative with Diamond Insurance Company, Royal & SunAlliance, and EBI Companies. He became a Shareholder in the agency in 2014. Brad earned his Bachelor’s degree in Safety Management from Northeastern […]