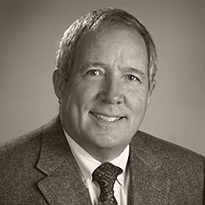 Mike Swenton, vice president, became a Rich & Cartmill, Inc. partner in 1979. He began his insurance career in 1973 as commercial insurance underwriter in the Travelers Insurance Company’s Tulsa office. In 1976 he joined Marsh & McLennan, Inc., where he advanced to assistant vice president.

A graduate of the University of Oklahoma with a Bachelor of Science degree in Business Administration, he was a three-time All-Big-Eight Conference outfielder with the OU Sooners. Mike is an avid outdoorsman, particularly with hunting and fishing interests.