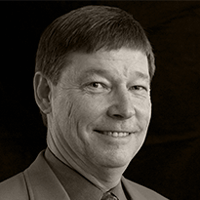 Carrel Sanders joined Rich & Cartmill as a sales associate in April 1998, specializing in commercial insurance.  Previously, he was with Federated Insurance Company for 12 years as a senior marketing representative.  He consistently received the President’s Council and Distinguished Service awards, as well as numerous honors and recognition for his leadership in insurance sales.

As a shareholder and Vice President of Rich & Cartmill, Carrel’s focus is in the Long Term Care Industry.  He is an active member in several state senior living associations including MALA, MHCA, MANHA, and LeadingAge MO.

A native of Springfield, Carrel graduated from Parkview High School and from Southwest Missouri State University, where he earned his B.S. degree in Agricultural Business.  He has achieved the Certified Insurance Counselor (CIC) professional designation.

He and his wife Laura have four children: Ryan, Lauren, Kyle, and Travis.  His hobbies include hunting and fishing.